The Unlimited Cliffers (or UNCLI) are a group of five competitors (Matsuda Tsuyoshi, Matachi Ryo, Urushihara Yuuji, Tomino Keita, Yamamoto Keitaro) who met and trained at Muscle Park as well as built their own obstacle replicas. The Unlimited Cliffers qualified for SASUKE through the SASUKE Trials. Urushihara Yuuji, Matachi Ryo, and Yamamoto Keitaro are the only Unlimited Cliffers to complete the First Stage, two of which having also made it to the Final Stage. Urushihara became just the only person to achieve Kanzenseiha twice, doing so in both SASUKE 24 and SASUKE 27. A record 4 cliffers competed in SASUKE 29.

Both Urushihara Yuuji and Tomino Keita competed in the Monkey Bars event in Taiku Ookoku for a chance to qualify for SASUKE 11; however, they were unsuccessful. They both tried to qualify for SASUKE 13 in the SASUKE 13 Trials, but both were again unsuccessful. After a break in qualifying, three of the cliffers - Matsuda Tsuyoshi, Urushihara Yuuji, and Yamamoto Keitaro - competed in the Muscle Park qualifier for SASUKE 19 with Matsuda winning a spot to compete. All five then competed in the SASUKE 20 trials, but only Yamamoto Keitaro got a chance to compete. After SASUKE 20, several festivals were held which included SASUKE competitions. These festivals included the BUG IN MIKI festival and the Maguro Festival, both hosted by SASUKE All-Stars. Urushihara won in the BUG IN MIKI festival and was allowed to compete in SASUKE 21. The others, minus Matsuda, competed in the SASUKE 21 Trials. There, only Matachi Ryo won the chance to compete. In the SASUKE 22 Trials, all of the cliffers except Matsuda competed. However, only Urushihara won the chance to compete. Since making it to the Final Stage of SASUKE 22, Urushihara has been invited back to compete in every tournament since. In the SASUKE 23 Trials, both Keita and Yamamoto were shown to have competed. Yamamoto failed the second part of the trials, while Keita once again came up short on the final round. Ryo also competed, however he was not shown. In the SASUKE 25 Trials, Ryo was able to win a spot in the tournament by completing 42 pull-ups. 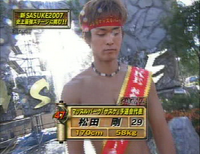 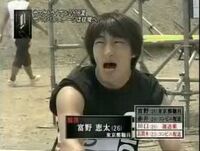 Retrieved from "https://sasukepedia.fandom.com/wiki/Unlimited_Cliffer?oldid=81605"
Community content is available under CC-BY-SA unless otherwise noted.