SASUKE
SASUKE is a sports variety special spun off from Kinniku Banzuke; it was part of Kinniku Banzuke until its cancellation in 2002. SASUKE airs between Japanese television drama seasons, approximately two competitions per year. Edited versions of SASUKE air around the world in countries such as Taiwan, the United States, Great Britain, Sweden, Singapore and  France, (where it is titled Ninja Warrior) Italy, Spain, Germany, and Greece (titled by the original name SASUKE), Denmark, Finland, New Zealand, Malaysia, Indonesia, Serbia and Vietnam.

SASUKE was at first an event in Kinniku Banzuke, a show that had previously  required a specific skill in their obstacle courses (for instance, the ability to ride a unicycle). The first SASUKE was held in September of 1997. The next year, SASUKE became an independent program but was still considered a sub-program to Kinniku Banzuke. Despite Kinniku Banzuke's cancellation in 2002, SASUKE continued its semiannual airings.

Shortly after SASUKE 26 aired with SASUKE's second lowest ratings ever (beaten only by the previous tournament), widespread internet rumors claimed that SASUKE would be one of many cancellations and would air its final tournament in March 2011. This date passed without official word on neither SASUKE 27 nor SASUKE's ultimate cancellation. After several more months, SASUKE 27 was indeed aired with an improvement on the ratings, but ultimately, Monster9, the company that made SASUKE, went bankrupt, with Tokyo Broadcasting System earning the rights to SASUKE and SASUKE 28 aired in December of 2012 under the title of SASUKE RISING.

The format has remained the same since its inception, but with each kanzenseiha (completion of the entire course), the course is drastically changed, and as a result fewer people pass each stage.

Each competition pits 100 competitors against a four-stage obstacle course. Each stage increases in difficulty and a competitor must complete a stage to advance. Competitions begin in the morning and are usually finished well past sunset. Due to time constraints, only about half of the First Stage attempts are generally aired, more or less depending on the number of people that advance.

The First Stage is designed to test a competitor's overall athletic ability. It has grown and added more obstacles than the other stages over the years. On average, 13 people usually advance. SASUKE 4 featured the most clears of any First Stage, with 37 advancing, and SASUKE 19 had the fewest clears, with only two advancing. Before SASUKE 4, over twenty competitors had cleared three out of the four times, but following the addition of obstacles such as the Jump Hang and Soritatsu Kabe, the most that have cleared is sixteen on two occasions.

The Second Stage was used to primarily test a competitor's speed, but upper body strength became crucial when the Salmon Ladder was added in SASUKE 18. On average 6 people advance the stage. One third to one half of participants generally advance, although rare occasions (such as in SASUKE 6, SASUKE 12, SASUKE 15 and SASUKE 32) have seen all or nearly all competitors advance. A tournament has only once ended in the Second Stage - SASUKE 19, where only two competitors attempted and failed the stage.

The Third Stage was at first, a three part stage testing balance and endurance, it would be until the introduction of the Pipe Slider in SASUKE 2 and Cliffhanger in SASUKE 4 where it would soon become the stage we know today, an upper body strength test. All current obstacles involve the competitor hanging from their arms from some apparatus. This is the only stage with no time limit, although in SASUKE 29, their was one, however it was to determine the fastest clear time, which didn't exist as all failed the stage. As tournaments have gone by, it has been increasingly harder to defeat the Third Stage, to the point where their have been consecutive tournaments where the Third Stage had remained the same. In the first three tournaments, the stage was cleared 11 times; it took another fourteen tournaments to have the next 11 clears. The Third Stage has gone three consecutive tournaments undefeated on three separate occasions. The Third Stage has been defeated 35 times. Usually, one to three people defeat the stage, but rare occasions have seen five completions in both SASUKE 3 and SASUKE 24, and only once has four completed the stage in the first tournament.

Stage Four -- the Final Stage -- has always had the same goal: make it to the top of a tower within the specified time. Every time there is a victory, the tower increases in height and difficulty. The time limit and method of scaling the tower is unknown until someone reaches the stage. Usually if the competitor does not reach the top platform in time, the rope is cut and the competitor falls (they are caught by a safety line). But from Shin-SASUKE until today, (excluding SASUKE 27, where when Matachi Ryo timed out, the rope was cut.) The rope is not cut when a competitor runs out of time. Only four men have completed the Final Stage, Akiyama Kazuhiko (SASUKE 4), Nagano Makoto (SASUKE 17), Urushihara Yuuji (SASUKE 24 and SASUKE 27) and Morimoto Yusuke (SASUKE 31 and SASUKE 38).

SASUKE competitors come from all walks of life, ranging from Olympic athletes to blue collar workers to Japanese celebrities.

The most successful Olympian to attempt SASUKE was Bulgarian gymnast Jordan Jovtchev, who made it to the Final Stage in his first effort (SASUKE 8) and has made it to the Third Stage three other times. Another former Olympian, gymnast Tanaka Hikaru, reached the Final Stage in SASUKE 2. American twin brothers Paul & Morgan Hamm (also gymnasts) have competed in the past; Morgan reached the Third Stage in SASUKE 15.

Although they rarely pose a threat, there have been a couple of Japanese entertainers/celebrities that have been successful. Comedian Ōmori Akira has had the most success, reaching the Final Stage in the first three SASUKE competitions. Celebrity athlete Iketani Naoki has reached the third stage six times, comedian Nakayama Kinnikun made it to the Second Stage thrice, and was just a fraction of a second too late of making the third stage in SASUKE 11. Comedian Wakky was also one of the most successful comedians by clearing the First Stage thrice. Ishimaru Kenjirō, while never completing the First Stage, came close on a few attempts and was a threat to reach the Second Stage up until his mid-50s. Darvish Kenji and Tsukada Ryoichi, both band members of Golden Bomber and ABC-Z respectively and who are both usually seen associated together during tournaments have each had varying degrees of success, Darvish made it to the third stage in SASUKE 36 while Tsukada has been to the second stage twice.

There have been an increasing number of foreign competitors, thanks in part to an American preliminary competition sponsored by the channel that aired SASUKE in America (G4) called the "American Ninja Challenge." This would soon become American Ninja Warrior which would spawn future international spin-offs. The most successful foreign competitors have been Europe's Jovtchev and Rene Kaselowsky, Lee En-Chih of Taiwan, and many american competitors, notably Travis Allen Schroeder, Kane Kosugi, Levi Meeuwenberg, Brian Orosco, David Campbell, Jessie Graff & Drew Drechsel. Kosugi and Jovtchev became the first foreigners to attempt the Final Stage, doing so in SASUKE 8 (though during the SASUKE 37, it was considered Kosugi to not be a foreigner, this was likely due to his Japanese background), Lee became the third in SASUKE 24, and more recently, Rene became the fourth in SASUKE 37.

Likewise, some competitors have also gotten notoriety for opposite reasons, these competitors are comedy competitors who get high numbers on their bibs but low numbers in terms of a completion rate, almost all the time, they fall very early in the first stage. The first instance of a comedy competitor comes from Tatsukawa Tomihiro who would later become SASUKE's Superman, dressing up as the superhero during the later half of the tournaments he's competed in and almost all the time failing very early in the first stage. Other notable comedy competitors include Mr. Octopus Kuramochi Minoru, Harashima Masami aka Hang Glider Man, Torisawa Katsuhide, and Aoki Yasuo.

After popular competitor Kane Kosugi left SASUKE after the eigth tournament, Six competitors, designated by TBS as the most likely to complete the final stage, were founded and thus were later known as the SASUKE All-Stars. These competitors are Akiyama Kazuhiko, Nagano Makoto, Shiratori Bunpei, Takeda Toshihiro, Yamada Katsumi, and Yamamoto Shingo; none of these men are professional athletes. Takeda is the only All-Star never to have reached the Final Stage, although he has reached the Third Stage 13 times, more than any other competitor. Yamamoto is the only man to compete in all 37 SASUKE tournaments, the very first All-Star to attempt any version of the Final Stage, and the only man to attempt both the first and second versions of the Final Stage. Nagano is the only person to attempt the second and third versions of the Final Stage. Nagano and Akiyama have achieved kanzenseiha. However, Inui Masato wanted to introduce a new era of SASUKE in RISING and decided to officially retire the title of the All-Stars. However, they are allowed to compete again but not under their title.

Before the Shin Sedai was formed to the group that it is today, the original person to be considered as Shin Sedai was Trampoline Player Nagasaki Shunsuke, most notably in SASUKE 17 where he would make it to the Final Stage, and thus being announced as a Shin Sedai, though he would later be seperated from this name. Later on, Five competitors, picked by TBS were then listed as the Shin Sedai, or New Generation which rose to prominence in SASUKE 22. These five men are Urushihara Yuuji, Hashimoto Koji, Kanno Hitoshi, Tajima Naoya, and Sato Jun; similar to the All-Stars, none of these men are professional athletes. These men have had great success in Shin-SASUKE and continue to this day. Of these five men, Hashimoto, Kanno, and Urushihara have reached the Final Stage. Urushihara is the only Shin Sedai member to reach the Final Stage more than once and the only Shin Sedai member to achieve kanzenseiha.

Following Morimoto Yūsuke's kanzenseiha in SASUKE 31, many young competitors emerged in the scene, ranking up success one way or another. This is why five competitions later in SASUKE 36, a group of young competitors, led by Morimoto Yūsuke appeared as the Morimoto Sedai, also known as the Sasuke-Kun Sedai. Apart from Morimoto, the members include Sato Jun, Yamamoto Keitaro, Tada Tatsuya, Araki Naoyuki, and Ugajin Shogo. Sato thus, became the only competitor to have been considered as both Shin Sedai and Morimoto Sedai. Morimoto and Tada are the only members to have reached the Final Stage (SASUKEs 31, 35, 36 & 38 for Morimoto and SASUKE 37 for Tada.)

Starting in SASUKE 29, All-Star Yamada Katsumi formed a group of rookie competitors trained by him. These competitors were named the Black Tigers, named after one of Yamada's nicknames. Although they first started off rocky in their debut tournament when all four competing members, Yamamoto Hiroshige, Watanabe Yousuke, Okada Satoma, and Mizukawa Keishi all failed the First Stage, Hiroshige would go on to complete the first stage in the next tournament, becoming the first Black Tiger to complete the first stage and also the last one standing in that tournament. Since then more and more competitors have competed under the Black Tigers name with varying degrees of success. In SASUKE 34, Obata Satoshi became the first Black Tiger to advance to the Third Stage, but it would be the 37th tournament where the Black Tigers would get their breakthrough performance As such, Yamamoto Yoshiyuki and Isa Yoshinori would both advance to the third stage and made it all the way to the new Cliffhanger Dimension. This was the first time where multiple members would clear the first two stages, and both were also very close to advancing to the Final, with Yoshiyuki going the furthest, failing on the transition from the penultimate to final ledge. 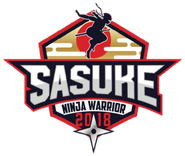