Nagasawa Hidenori (長澤 秀則) is a chief mechanic of Jaguar Tokyo who has competed in SASUKE nine times. Nicknamed gouwanmeka (剛腕) and "Japan's Number One Jaguar Mechanic" (for winning a Japanese Jaguar service contest in both 1996 and 2001), Nagasawa has competed for years and still trains and competes to this day.

Nagasawa made his first appearance in SASUKE 10 but was all cut. Wearing #987, he made it to the Jump Hang. However, he was unable to hang onto the net and fell there. To train for SASUKE, Nagasawa built obstacles on his rooftop to train (see below). He competed in SASUKE 11, where he wore #89 and made it to the Jump Hang again. This time, his training paid off as he was able to grab onto the net. However, he was disqualified when his foot touched the water underneath the net. In SASUKE 12, he wore #80 and his run was all cut. There, he beat the Jump Hang, but timed out on the Soritatsu Kabe. His Jump Hang troubles continued, as he failed there in the SASUKE 13 Trials, eventually placing 80th. He still was invited, and although he beat the redesigned Jump Hang, failed the new Neshireta Kabe when he couldn't hold onto the rope.

He was healthy enough to compete in SASUKE 23. There, he performed well, but timed out on the Tarzan Rope. 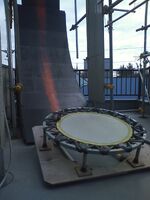 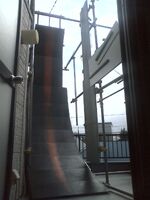 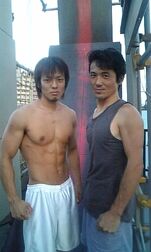 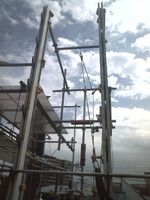 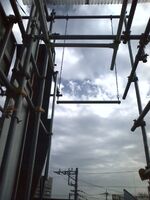