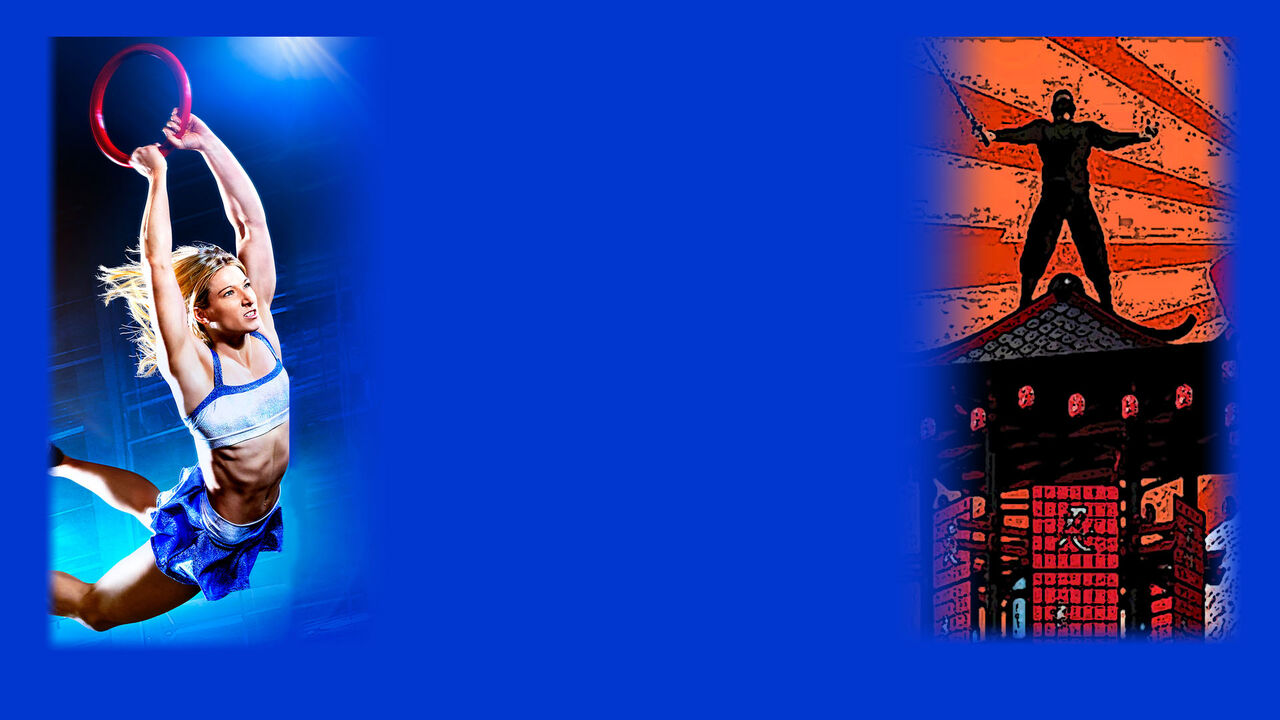 Sea/Tac finals was my favorite episode in a while, despite the disappointing outcome. I didn't like Baltimore finals because it was generally unfair, no one was able to complete the eighth obstacle, whereas in Sea/Tac, the course overall, was fair for the most part, and it provided some great runs.

@VGFan3000 Oh, do you mean that these four tournaments share a distinction that none of the other tournaments have?

A reply to Kristen Nieves
0 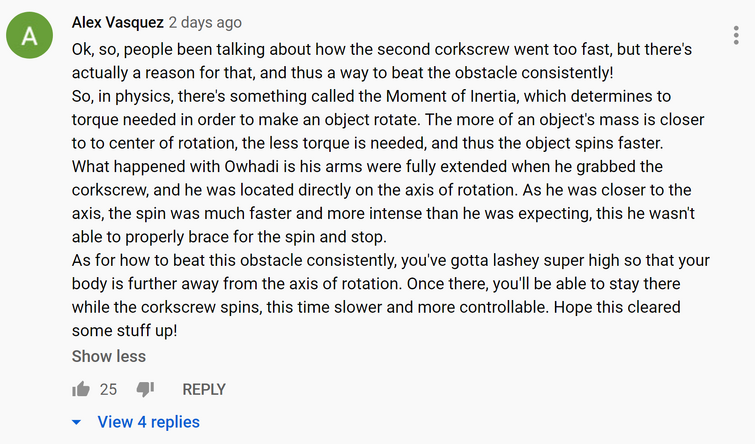 No, this is not a comment I wrote, but it provides a valid explanation in case you thought Owhadi's fail was unfair.

No matter how many times you protest about the redesign, it's not going to be changed back.

Well, the majority of this wiki's traffic is based on American Ninja Warrior.

Highest to Lowest SASUKE Clears. The total number of entries is not 37 because not every tournament has the same amount of clears.

The "Last Man Standing" title SHOULD be the person who goes the farthest, right? Well, why are we giving this title to people who do not go the farthest?

For this list, we will be looking at the obstacles with the most pointless concepts ever. Either these eighth or ninth obstacles were too easy to be true, or the other way around.

Why does this obstacle exist? To be honest, I couldn't tell you. The Ninjago Roll consists of a 150-pound cylinder, or 68 kilograms, that you have to roll down a curved track. This obstacle serves its sole purpose as a marketing ploy for the then-upcoming movie, The Lego Ninjago Movie. What's even more ridiculous about this obstacle, is how the bars spin when you grab them. Plus, out of only three attempts, due to the previous obstacle, everyone's favorite 'The Wedge,' only three competitors actually got the chance to attempt it. Lorin Ball and Jesse Lucero failed on it, while Ian Dory managed to muster enough strength to complete it, as well as the course altogether.

If you're looking for a ridiculously easy obstacle, look no further than the Flying Shelf Grab. It consists of three shelves, each spaced far apart, and you have to swing from ledge to ledge. It's kind of understandable why they placed this obstacle here. Come to think of it, if they put a ridiculously hard obstacle in the eighth spot, very few would be able to attempt the modified Body Prop.

What makes this even more ridiculous, is how it replaced in favor of the Ring Jump in Los Angeles during Season 10. It was the fourth obstacle, which they just HAD to do in order to have an excuse to use it for the third time.

No, this is not the Floating Boards. In fact, it's a lot worse. The eighth obstacle in any course is supposed to be difficult, even if it's Season 5 or 6. But this, well, this obstacle here, had to be a new low. The Ledge Jump involves several suspended boards. They are stationary and only make slight rocking movements. Out of the 10 people who attempted the obstacle, all 10 cleared it, likely due to the fact that you are allowed to use your feet while attempting this obstacle. However, if there were more attempts, I'm sure one person would somehow fall on this. However, if you saw this obstacle in action, you wouldn't think it would be able to happen in a million years.

The season eleven Seattle/Tacoma finals round was notorious for being the third ever instance where a city finals course buzzer remained unpressed. I mean, sure, you can blame the Lightning Bolts and Floating Monkey Bars all you want, but the real culprit is the ninth obstacle, the Northwest Passage. Obstacles five and eight eliminated roughly 85% of the entire city finalists round. However, there were five others who failed elsewhere. Two of them failed before the Lightning Bolts but three blessed competitors managed to clear the Floating Monkey Bars only for all three to fail here. I don't really want to get into the specifics of this obstacle, so go figure.

This obstacle is truly angering. You have to jump the long bar across the wedge-shaped gap. The bars have lacrosse balls on either end to make it more difficult to maneuver, and the dismount was very difficult considering the bar would roll as it swung. That's all I really wanna say, to be honest. The obstacle was even brought to Stage Two in its doubled-variant, which is twice as hard.

This is another one of those obstacles used to promote something, this time being the then-upcoming movie, Mission Impossible: Fallout. This obstacle requires you to make precise hand placements swinging from ledge to ledge, then two rotating discs. Easy, well, kind of. It only took out 2 of 7 competitors, and in Atlanta, 1 out of 9.

Sponsored obstacles are never that great. In fact, there's still one more on this list!

We know the Season 11 Cincinnatti course as the first time since Season 6 where a woman completed the city finals course. In fact, it happened twice that night. After two weeks of city finals rounds not having finishers, this obstacle was the antidote that cured the curse. This obstacle was actually a fan-designed obstacle, designed by Kevin McCormack. You have to swing the ball into the cradles. It isn't that hard, as proven by the 9 competitors out of 14 who cleared it. However, the obstacle was not without its shocks, as competitors like Grant McCartney and Trevor West fell here.

This obstacle the first, and so far only, VIKING obstacle ever to appear on ANW. And it's ridiculous. It drains most of your strength and most of the people fall on a Cliffhanger as a result. I'm not sure why this obstacle exists, because it's extremely easy. I don't really wanna talk about this obstacle.

Jumping Spider. It managed to eliminate 66 competitors in ANW5 and 6 alone. That's like more than 40% of the total amount. Also, it eliminated several All-Stars and both Geoff Britten and Isaac Caldiero in Seasons 6 and 5 respectively.